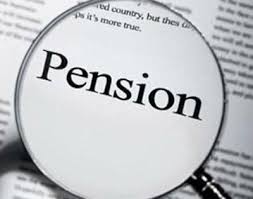 Under the existing provisions of the Income Tax Act, tax treatment for the National Pension Scheme referred to in Section 80 CCD is Exempt, Exempt and Tax (EET) ii.e., the monthly/ periodic contributions during the pension accumulation phase are allowed as deduction from income for tax purposes;the returns generated on these contributions during the accumulation phase are also exempt from tax; however the terminal benefits on exit or superannuation , in the form of lump sum withdrawals are taxable in the hands of the individual subscriber or his nominee in the year of receipts of such amounts.

However, commutation of Government Pension and superannuation fund is exempt from taxation.

Following changes are proposed in the Budget 2016:

2)Further with a view to bring all the pension plans under one umberella, it is also proposed to amend Part A of Fourth Schedule as follows:

(B) clause (13) of Section 10 so as to provide that any payment from an approved superannuation fund by way of transfer to the account of the employee under NPS referred to in Section 80 CCD and notified by the Central Government shall be exempt from tax.