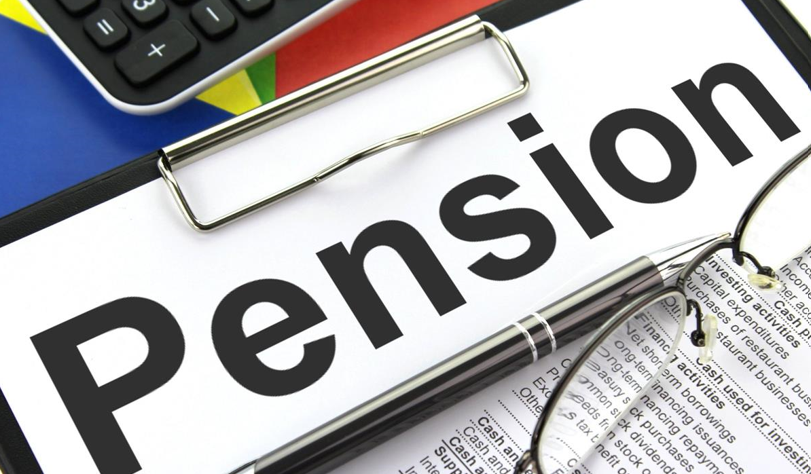 Pension plans provide financial security and stability during old age when people do not have a regular source of income.Retirement plan ensures that people live with pride and without compromising on their standard of living during advanced years.

Government of India established Pension Fund Regulatory And Development Authority on 10th October, 2003 to develop and regulate pension sector in the country.

The Government of India has introduced a new Defined Contribution Pension System known as the New  Pension System replacing the existing system of Defined Benefit Pension  System with effect from 1 January 2004. The GOI decided to roll out the voluntary NPS for all citizen from 1st May 2009.  This scheme helps the government of India to reduce the pension liabilities.  This scheme gives freedom to  individuals to decide where to invest their money.

Since 1 April 2008 , the pension contributions of central government employees  covered by the NPS are being invested by professional Pension Fund Managers in line with investment guidelines of  government. A majority of state government have also shifted to the NPS.

NPS is open to all citizens of India on voluntary basis and is mandatory for employees of central government appointed on or after 1 January 2004. All citizens between the age of 18 and 55 can join the NPS. Under the NPS two types of accounts are available:

In addition to the above pension account, each individual can have a voluntary Tier 2  withdraw-able account  at his option. Government will make no contribution into this account.

HOW TO ENROLL IN THE NPS?

To enroll in the NPS , you need to submit the Composite Registration Form to the Point of Presence (POP) service provider/authorized branches of POP for NPS of your choice . The list of POP service providers is available on the PFRDA website www.pfrda.org.in.
NRIs should have an account with a bank based in India to open an account under NPS. The contributions made by the NRI would be subject to regulatory requirements as prescribed by RBI from time to time and FEMA requirements.

NPS utilizes the network of bank branches and post offices to collect contributions and to ensure transfer of funds in case of change of employment or location of subscriber. It offers choice of investment and Fund Managers. A subscriber has liberty to choose a fund out of six PFMs. In case a subscriber is not satisfied with the services of his existing fund manager, he can shift from one PFM to another. However, a subscriber can switch manager only once in a year.

There are minimum contribution guidelines:

NPS levies a nominal investment management charge  of 0.00010% on net AUM. Initial charge of opening an account is Rs. 470 and from the second year on wards,   the minimum charge is Rs. 350 a year.

If a subscriber exits before 60 years of age , subject to VRS, he  has to invest 80% of accumulated savings to purchase a life annuity from a IRDA regulated life insurer. The remaining 20% is eligible for withdrawal as a lump sum. On exit after age 60 years from the pension system, the subscriber is required to invest at least 40% of pension wealth to purchase an annuity and remaining 60% will be repaid as a lump sum. In case of government employees, the annuity provides for pension  of the employee.
If subscriber does not exit the system at or before 70 years , the account is closed and the benefits are transferred to  subscriber in a single pay out. In case a subscriber dies, the nominee will receive the entire pension wealth as a lump sum.
Recent changes permit the subscriber to continue to remain invested after 60 and up to 70 but subscriber is not allowed to add further investments. If the subscriber does not exit by 70 the lump sum will be transferred to the subscriber’s bank account  as a full and final settlement.

As per the current provisions the withdrawals under the NPS attract Income tax under the EET. The contribution made by a NPS subscriber in Tier 1 scheme is deductible from the total income under section 80CCD of the income tax  act.
At the same time, the contribution made by the employer is also deductible under section 80CCD. However,the aggregate deduction under section 80C, 80CCC and 80CCD is fixed at Rs.2 Lakh. The Finance Act 2011 amended section 80CCE so as to provide that the contribution made by the central Government or any other employer to the pension scheme under section 80 CCD shall be excluded from the limit of 1.5 lakh rupees  provided under section 80CCE. This proposal is effective from the assessment year 2012-13(financial year 2011-12) and totally exempts employer’s contribution in  NPS from the Income Tax on the employee.
The Finance Act 2011 amended section 36 so as to provide that any sum paid by the assescee as an employer by way of contribution towards a pension under NPS to the extent it does not exceed 10% of the salary of the employee, shall be allowed as deduction in computing the income under the head’s profits and gain of business or profession.
Finance Minister has given an additional exclusive benefit to investors in NPS. Under section 80CCD(1B) a deduction of Rs 50,000 has been provided to those who invest in NPS. Thus, a tax payer in the 30% tax bracket will be able to save Rs 15,450 in tax. This benefit is applicable from Finance Year 2015-16. The budget has also given option to the corporate employees to choose between the EPF and NPS,  provided the employer is ready to shift to the NPS.
Yet the main drawback of the NPS remains to be addressed. The NPS corpus is taxable at the time of withdrawal. On the other hand, PPF, Provident Fund and insurance policies give tax free income.
The appreciation accrued on the contribution and the amount used by the subscriber to buy the annuity is not taxable. Only the amount withdrawn by the subscriber after the age of 60 is taxable.